This year it’s possible to take a guided boat tour to the festival on Thursday October 6, the day before the festival starts.

The boat goes from Ålesund harbour to Øye, and from there by bus to Hornindal. Included in the ticket is a bus return from Hornindal to Ålesund on Sunday October 9, the day after the festival.

There will be a guide on board to tell you about what we see along the way. 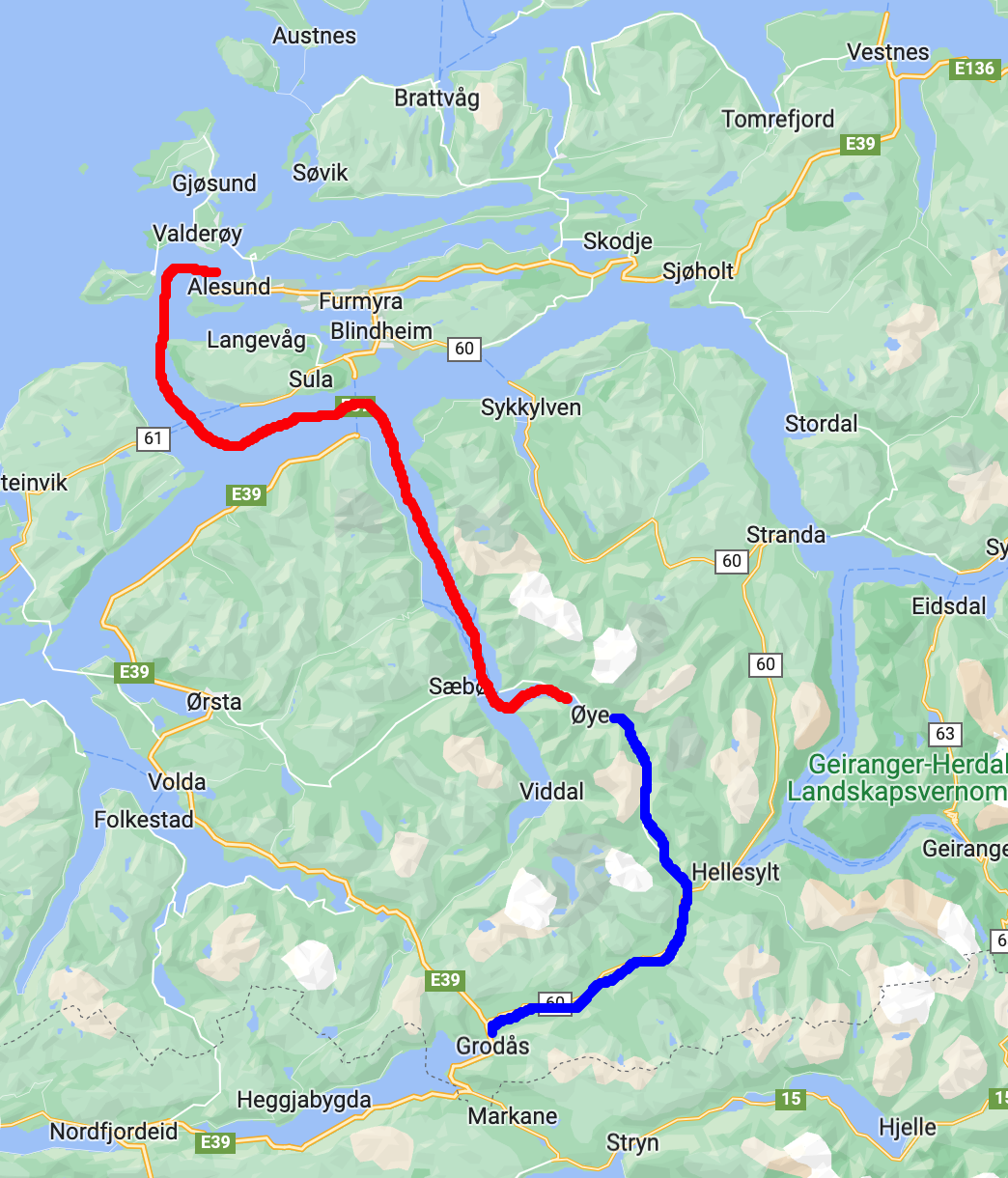 1200: The boat leaves from Ålesund harbour, by the bus station. Right next to the brewpub Molo Brew.

We will sail a scenic route past the islands to the mainland, and from there into Hjørundfjord, one of the most beautiful fjords in western Norway.

It will be possible to buy snacks and drinks (including beer) on board.

1400: We go ashore at Øye, and make a stop at Hotel Union, an old historic hotel. It will be possible to buy coffee and cakes in the salon, and also to look around the hotel. Emperor Wilhelm II was a frequent visitor to the hotel, and his personal bathtub is still there.

1500: We leave the hotel by bus, and drive up Norangsdalen.

We will make a stop in Norangsdalen, a highly scenic valley. The valley was flooded in the early 20th century, and some of the buildings in the valley from that time can still be seen under the water.

From Norangsdalen we drive down Hornindal valley and make a brief stop at Horndøla bridge.

0900: The bus departs from Hotel Raftevold.

Tickets are available at Tikkio, and cost 1800 NOK per person.