The basic schedule is below, with more activities further down.

At the festival 20-30 farmhouse brewers will be serving their beers. These are not commercial brewers, but people who have brew in the original farmhouse tradition for themselves, their family, and friends. You will be able to talk to the brewers and ask them questions. Some will bring their family yeast (kveik) to the festival, maintained by the family for generations.

The beers will be in various regional styles, including kornøl (local raw ale) and probably also traditional styles from other regions.

There will be presentations about farmhouse ale in Norwegian and English. 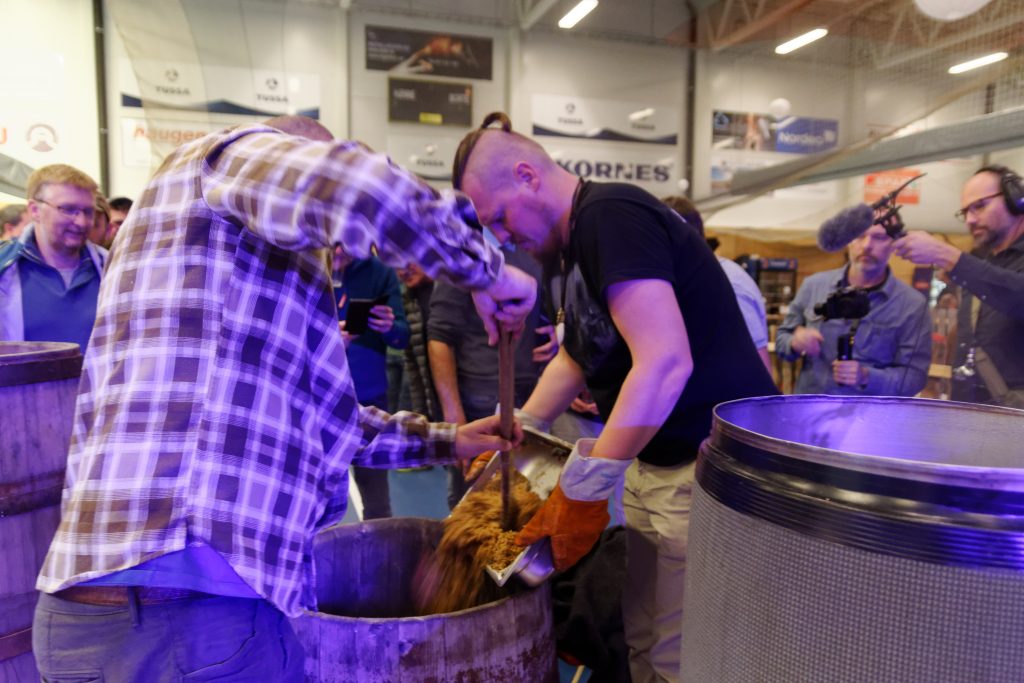 On Saturday 1200-1800 there will be a live demonstration of farmhouse brewing in the festival hall. This year Mika Laitinen, a leading sahti expert, will show how Finnish sahti is brewed.

For those who buy the «brewing+festival» tickets, there will also be a full demonstration of brewing kornøl (the local farmhouse style) with a brewer who’s grown up in the tradition and has his own kveik. This will take place in a traditional brewhouse outside the festival.

Some impressions from earlier visitors: